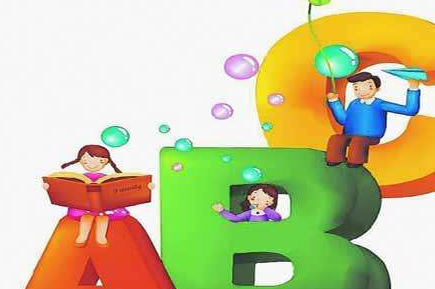 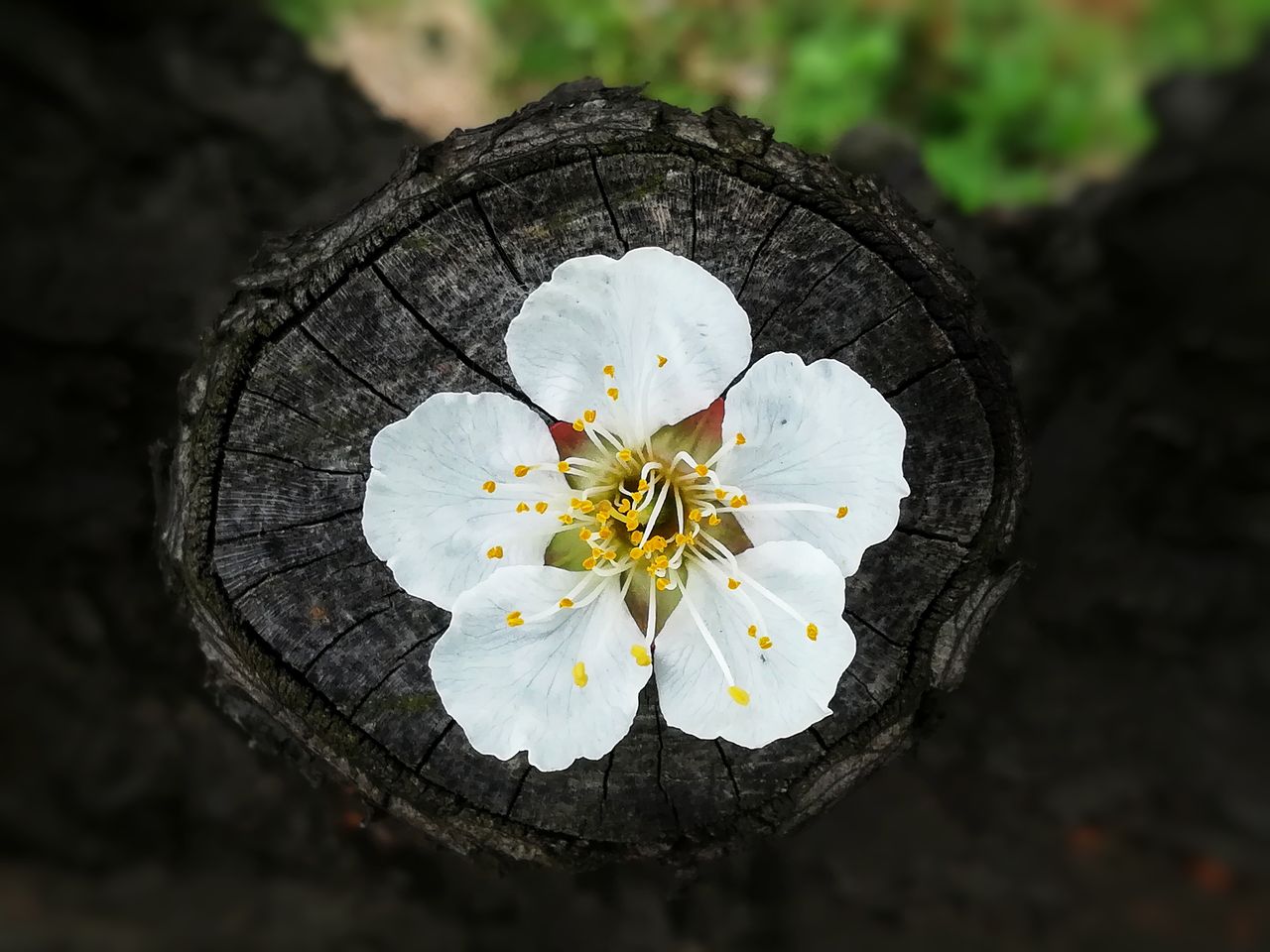 1、The man's car broke down. Everyone ran to help。

2、Pass me the green book，please。

3、Unprecedented prosperity has emerged in the countryside。

4、The bag you took is going to be scattered。

5、There are times when anyone has to give in。

6、Beijing is my birthplace。

7、Is that why he refused us to help him?

8、His father died the year he was born。

10、She is the girl who likes singing。

Can you tell me the date on which the accident happened?

Here is the young man about whom we have heard so much.

The school where /in which we are studying is callled the First Middle School.

We’ll go to the place where /at which the accident happpened.

The way in which you are doing it is completely crazy.

The boss in whose department Mr. King worked had heard about the accident.

This is the book for which you asked.

The man who talked to you just now is an engineer.

I enjoyed the evening that we spent together by the sea.

Here is the pen that you lost the day bofore yesterday.

He is the person I meet in the park yesterday.

The lady who came to our class is from Australia.

The man who shook hands with our teacher just now is Li Lei’s father.

The book you need is sold out.

I’ll never forget the summer holiday I spent with you.

She is one of the students in our class who are good at English.

He is the only one of my friends who comes from a foreign country.

That is the place which they just now talked about.

You can keep any books that you find.

Is this the only thing that he does for his daughter.?

The storybook I have just read cannot be easily forgotten.

Do you know the person I spoke to just now?

The first lesson that Miss Lee gave us in the school is unforgettable.

Everything that we saw there was interesting.

Who is the lady that is standing over there withAnn?

Wuhan is the hottest city that I have been to.

Is he the man that talked with your teacher yesterday?

Have you got the book that you need。

She was not on the train which arrived just now.

It sounded like a truck that was going by my house.

Have you got something that he wanted。

It is the sillest argument that I have heard.

He wants the same book that I have.

The first thing that she would do is to have her hair fixed.

The passengers and the suitcases that were still waiting had to be transferred to another place.

I will tell you all that I know.

The very thing that brought about a complete change in her life was the liberation.

That is the very thing I’ve been looking for.

This is the same girl that came to borrow an English book two days ago. 这个女孩就是两天前来借英语书的那个。

Rose told me all that had happened to Oliver.

Because of my poor memory,everything that you told me has been forgotten.

Is there anything that I can do for you?

These are the happiest hours that we have ever spent.

There’s no film that you ‘ll feel interested in.

Mr. Liu wants to talk to the students whose homework has not been handed in.

Can you tell me the name of the factory you visited last week.

I don’t like the way you speak to her.

The most important thing that we should pay attention to is the first thing that I have said.

She spent the whole evening talking about things and people that none of us had heard of.

He makes good use of the time that he can spare.

He is the only one of the three who has got the new idea.

All that are present burst into tears.

He was the only person in his company that was invited.

The people that were mentioned by him were honest.

I shall do it in the same way that you did.

Anyone who does this kind of job shouldn’t be careless.

Which is the magazine that you borrowed yesterday?

I’ll tell you all that I know

This is the best movie that I have ever seen

Guilin is a beautiful place that people from all over the world want to visit.

There are moments when I forget all about it

The film brought the hours back to me when I was taken good care of in that far-away villiage.

He will never forget the day when he began to learn English.

July and August are the months when the weather is cold in New Zealand.

Do you stilll remember the hours when we had a party in the park?

Don’t you remember that day when we first came here?你不记得我们第一次来这儿的那一天了吗?

I can never forget the days when we worked together and the days we spent together.

This is the house where I once lived.

The town where my father grew up is not far from here.

After living in Paris for fifty years he returned to the small town where he grew up as a child.

You should make it a rule to leave things at a place where you can find them again.

The house in which I spent my childhood isn’t far away.

“The days when /on which I met that famous pop star was the greatest of my life.”said the fan.

In the dark street ,there wasn’t a single person to whom she could turn for help.

In fact the Swede didn’t understand the threee questions,which were asked in French.

Tracy was always speaking highly of her role in the play, which,of course , made the others unhappy.

He marrried her,which was natural.

He said he had never met her,which is not true.

The weather turned out to be very good,which we hadn’t expected.

I tried to get out of the business,which I found impossible.

I have bought such a watch,which was advertised on TV.

He succeeded in the compotition,which made his parents very happy.

This summer I want to go to Hangazhou, where there is a beautiful lake.

Miss Green woirks in a hospital,which is only a 10-minute walk from here.

I came to London,where I found him

Tom hid himself behind the door ,from where he could hear the steps of his mother clearly.

She will never forget September 1,when she had her first history lesson as a teacher.

Mery Smith,who is standing on the cornber,wants to meet you.

Her brother,who is a teacher,is strict with her.

We shall have to make a decision about Ms.King ,whose story I’ve just told you.

Have you seen the film, whose leading actor is world famous?

He paid the boy $50 for washing ten windows,most of which had not been cleaned for at least a year.

Mr. Brown has written a novel,the name of which I’ve completely forgotten.

Mr. White wrote many articles ,some of which were translated into Chinese.怀特先生写了不少文章，其中一些被译成了中文。

He has some novels,all of which are written in Russian.

This kind of book is for children,the native language of whom is Chinese.

1. The man who has an umbrella in his hand is my uncle.

2 .This is the thief (that/who/whom) we have been looking for these days.

3 .Please find a room which is big enough for all of us to live in.

4 .This is the room where they had a quarrel a week ago.

5 .I can never forget the day when I first saw you.

6 .She spent the whole evening talking about her latest book, which none of us had heard of.

7 .All that Lily told me seems untrue.

8 .Can you give me anything that has no sugar inside?

9 .This is the first two-story bus that runs in our city.

10. Do you know the woman who is weeping in the corner?

11 .This is the room where they had a quarrel a week ago.

12 .I can never forget the day when I first saw you.

13 .She spent the whole evening talking about her latest book, which none of us had heard of.

14 .All that Lily told me seems untrue.

15 .Can you give me anything that has no sugar inside?

16 .This is the first two-story bus that runs in our city.

17 .Do you know the woman who is weeping in the corner?

18 .Tom’s father was the first parent whom our teacher talked to.

20. He is studying economics, which knowledge is very important today.

21 .Wolves are highly social animals whose success depends upon cooperation

22 .He talked like a scholar, which he was not.

23 .They accused him of being a traitor, which he was.

24 .If a book is in English, that means slow progress for you.

25 .When I say two hours, that includes time for eating.

29. Mary is enormously respected. Which is not to say you are not an exceptionally able lady.

30 .All that [who] heard him were delighted.

31. Have you met anybody that [who] has been to Paris?

32 .Newton was one of the greatest men that [who] ever lived.

33 .Mrs Smith, who has a lot of teaching experience, will be joining us next term.

34. I made a speech on the men and things that I had seen abroad.

35. Who that has sympathy can laugh on that occasion?

36 .You are the only one whose advice he might listen to.

37. It was an island whose name I have forgotten.

38. Last month, part of Southeast Asia was struck by floods, from whose effects the people are still suffering.

39. I wish to thank Professor Smith, without whose help I would never have got this far.

40 .Now was not the time to start thinking of mother, whose death had so distressed me.

41. One of the Britons, whose identity has not been revealed, was taken to hospital. 42. He changed his mind again, which made us all angry.

44.She graduated from a local middle school, after which she went to Beijing University.

46. He pretended not to know me, which I didn't understand.

47. As is usual with children, they soon got tired.

48 .He admires everyone in his class, which I find quite strange.

49 .You must show my wife the same respect as you show me.

50 .He wrote a lot of books, most of which were popular.